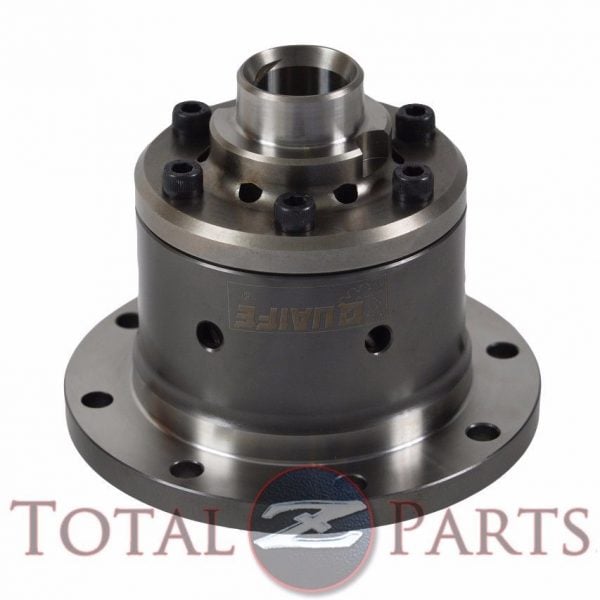 Notify me when in stock

The Datsun R180 QDF4L Quaife ATB Limited Slip Differential LSD is designed to prevent the complete loss of drive that occurs with a conventional differential when one wheel slips. While requiring some torque in the slipping wheel, the Quaife unit is progressive in action but never locks, controlled power is transmitted to all the driving wheels

Best suited to high powered front, all and rear wheel drive systems, The Nissan Quaife ATB differential is ideal for autocross, lapping and road racing where it outperforms other LSD systems including clutch-type LSD. With low heat generation (no diff cooler required) and unlocking under throttle lift and deceleration the Quaife LSD provides a predictable, stable power transfer in cornering, braking and transitions while preserving the reliability of the differential unit, lap after lap.
Installation is identical to the normal differential with bearing pre-loads and pinion mesh being restored to the original manufacturer’s settings. Servicing of the unit is simple as all gear pinions are free fitting and normal final drive lubrication oils are retained. Due to the internal design of the Quaife ATB differential, all driving wheels must be elevated when servicing brakes, wheels etc.

• Gear operated (No plates to wear of break)

• Benefits all year round, regardless of traction conditions