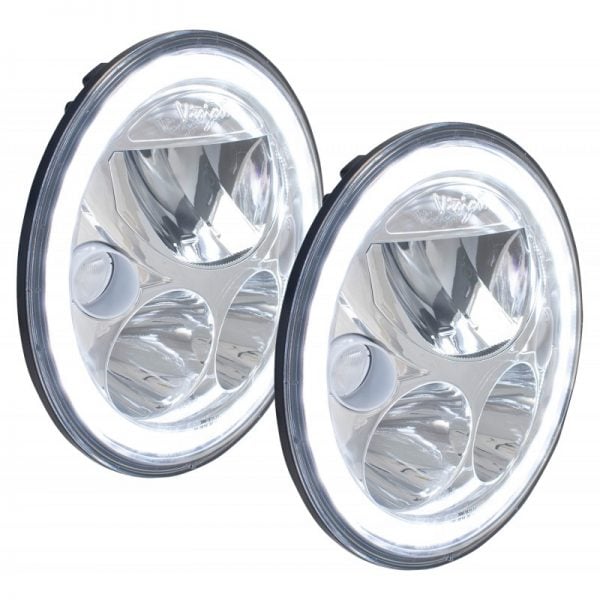 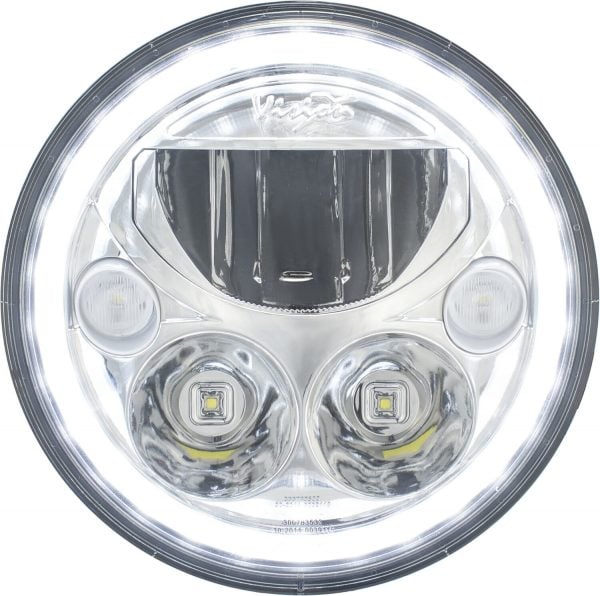 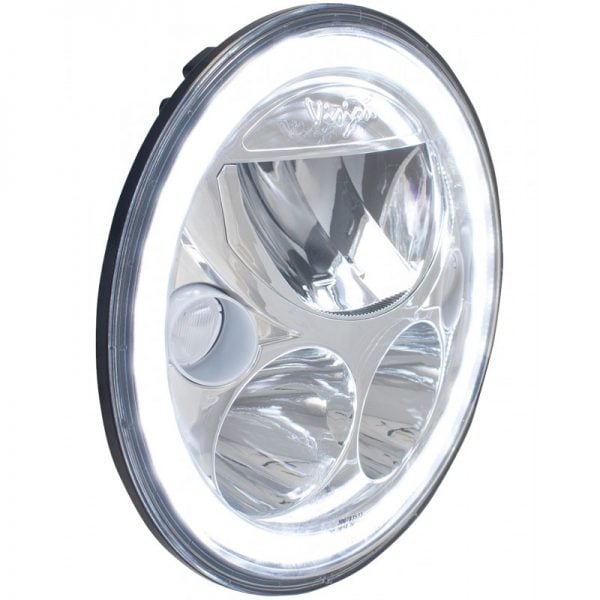 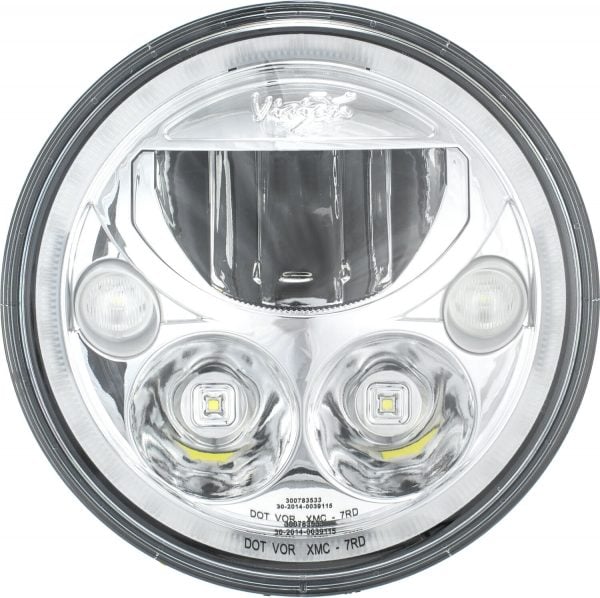 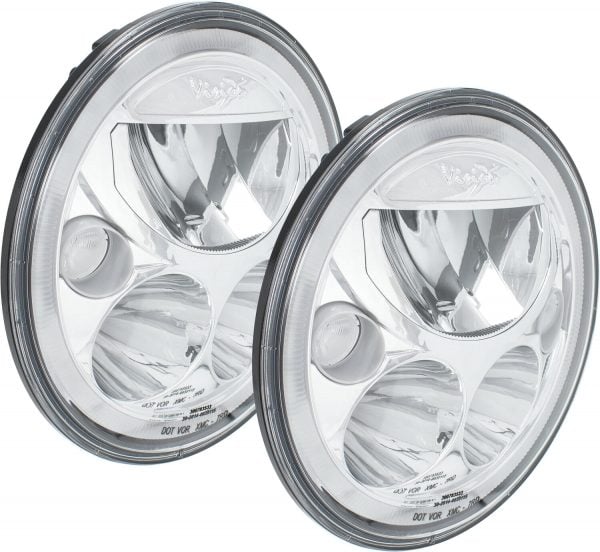 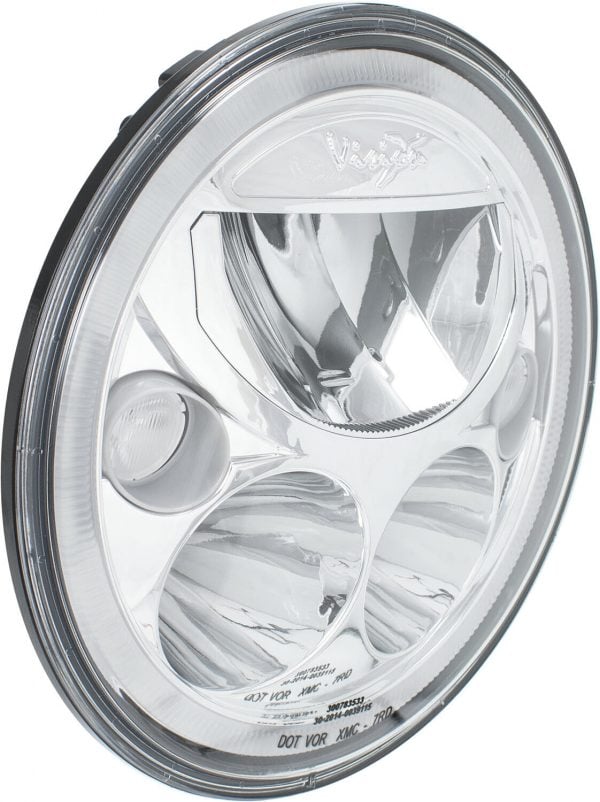 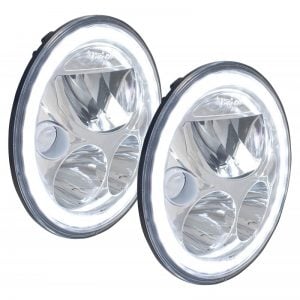 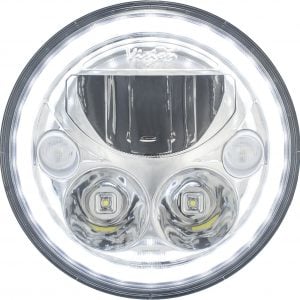 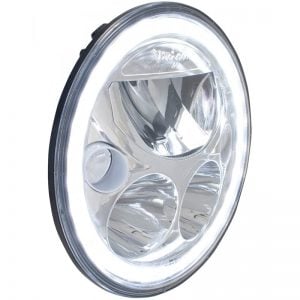 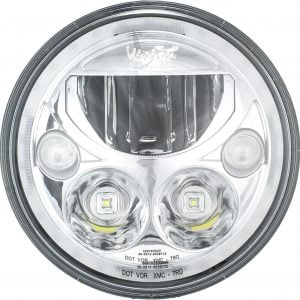 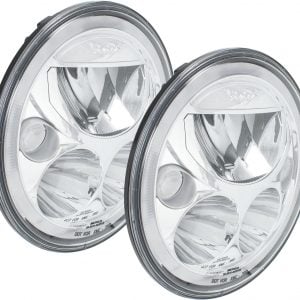 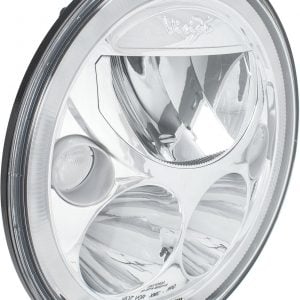 To run the high and low beams at the same time, you must purchase the Hi-4 headlight module adapter separately.

DOT Compliant Driving Light
Take your Vision X VX Series LED Headlight anywhere without worrying. Every part of the headlight is DOT Compliant. There’s also E-MARK and ADR models available, just in case you from another corner of the world.

Universal Applications
The 7″ VX Series was designed to be used by any vehicle that currently has a 7″ Factory Headlight, or has a custom fit 7″ mounting area. Jeeps, Classic Cars, and Motorcycles were all kept in mind while the VX Series was engineered, making it the perfect light for those applications.

8,420 Lumens of total brightness (4,210 lumens per light). Each light features a LED Halo Ring Daytime Running Light composed of 30 LEDs, and a IRIS Reflectors which surround the high beam LEDs for long distance projection. The Vortex is significantly brighter than factory headlights, providing superior performance both on and off road.